Will the new EU Roma strategic framework make a difference? 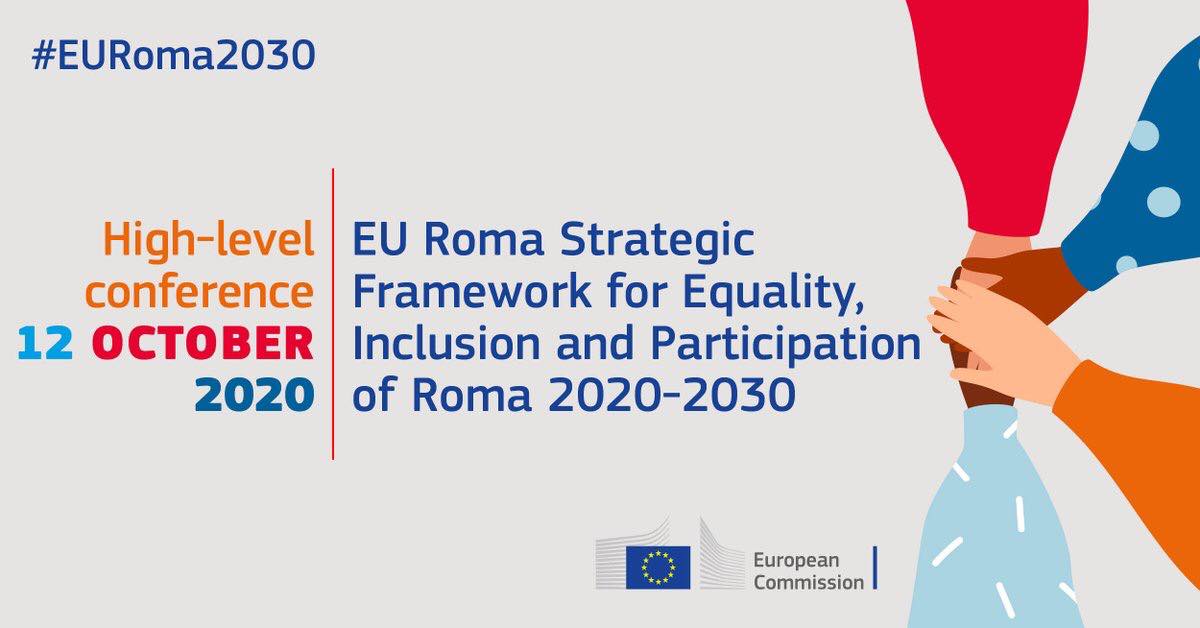 Will the new EU Roma strategic framework make a difference?

“Europe has a duty to protect its minorities from racism and discrimination…and promote diversity as a wonderful gift that makes Europe strong and resilient”,

Under the German Presidency of the Council of the EU, the European Commission just launched the new ‘EU Roma strategic framework for equality, inclusion and participation 2020-2030’. It is a document that builds on the previous experiences of the EU framework for national Roma integration strategies up to 2020. In addition it builds up to the Commission’s major priority to build a Union of equality.

When looking at the document, the first difference you notice is that the new Framework switches from ‘integration’ approach to rather ‘equality, inclusion and participation’. It gives emphasize to the fact that the plight of Roma can be addressed only if the phenomenon of discrimination and antigypsyism, which is anyway a key structural driver for exclusion, is combated alongside the socio-economic perspectives.

Meeting the objectives of this strategic framework needs action at both EU and national level. This complementary approach is the only way to drive a change on the ground. While the situation of Roma varies across countries, there is a need to increase commitment and accountability at national level to bring a real change in Roma everyday life.

This Framework invites the Member States to develop, adopt and implement national Roma strategic documents which are invited to complete the development of these national frameworks by September 2021.

Kosovo as part of the Western Balkan region represents a geostrategic priority for the EU and the Commission calls for alignment with EU policies, including in support of the most disadvantaged and the Kosovo Government responded to this expectation and already voluntarily aligned with the EU framework for national Roma integration strategies up to 2020.

In the new EU Roma Framework document, European Union commits to continue support to reforms and alignments with the EU requirements at regional and national levels through the 2021-2027 Instrument for Pre-Accession Assistance – once adopted. The economic and investment plan for Western Balkans identifies priority areas of investment to boost convergence, growth and competitiveness in the region, notably in support of marginalized groups and minorities, notably Roma communities (in Kosovo Roma, Ashkali and Egyptians). Additional relevant EU funds, related to COVID-19 recovery or other external relations support measures, such as the Neighborhood development and cooperation instrument (NDICI), may also be mobilized to promote the inclusion of Roma.

Whereas we should welcome the new EU Roma strategic framework for equality, inclusion and participation, the main challenge continues to be lack of political will of national governments. Mr. Romeo Franz, the Member of the European Parliament said: "The EU has to do more to ensure the social inclusion of Romani people. For too many years, policies regarding Romani people were not binding and this has to change. We call on EU member states to officially recognize anti-gypsyism, which is the main cause of social exclusion of Romani people, and take legislative measures to combat it”.

In this regard on 17th September 2020, European Parliament adopted a resolution on Implementation of National Roma Integration Strategies: combating negative attitudes towards people with Romani background in Europe and within this document called on the Commission to table a legislative proposal focused on fighting poverty and anti-gypsyism and on improving Romani people’s living and health conditions.

The European Commission and the National Governments must find a way to make the implementation of measures binding as one of the preconditions for success.

But let us as well hope for solidarity and working together and understanding each other, so we can make real progress by 2030 to bring about a Europe in which Roma individuals and communities (in Kosovo Roma, Ashkali and Egyptians), in all their diversity, have equal opportunities in all spheres of life, benefit from socio-economic inclusion and participate equally in society.